Today we’ve had the last visit at Kajetany, for final processor adjustments. It means that two years have passed since the activation of the second implant. This time all three of us paid a visit. We came as usual in the morning, registered in reception and were pointed to the implant department. It all started with follow-up visit to the ear doctor. Hela’s had her ear’s checked by cameras. then we’ve waited outside the room 2.58 where they adjust processors – this time we were waiting for two long hours. Hela’s quite grown now, so we’ve managed, but it’s always challenge with such a small child. In the meantime they called us for an audiometric testing.

The testing takes place in silenced booth, where specific frequencies and sound intensity are measured. A tested person is supposed to react to the sound. We’ve done such test twice already. Hela used to cooperate nicely, maybe because we were always meeting exceptionally nice lady, who kept her amused. Hela’s had her one ear checked, then the other, which means she was listening to sounds with only one processor. The lady gave her few toys to choose and Hela was putting them down after a sound. The test took about 15 minutes. I was in that room with Hela and there were few sounds I’ve heard, but she haven’t. Such moments remind me that Hela still has a disability, even though I usually forget about it… After the test we’ve received the audiogram (Photo No 1), on which we could see how’s the child’s hearing, the results were worse than previous ones. This surprised me a bit, because I thought Hela hears better. 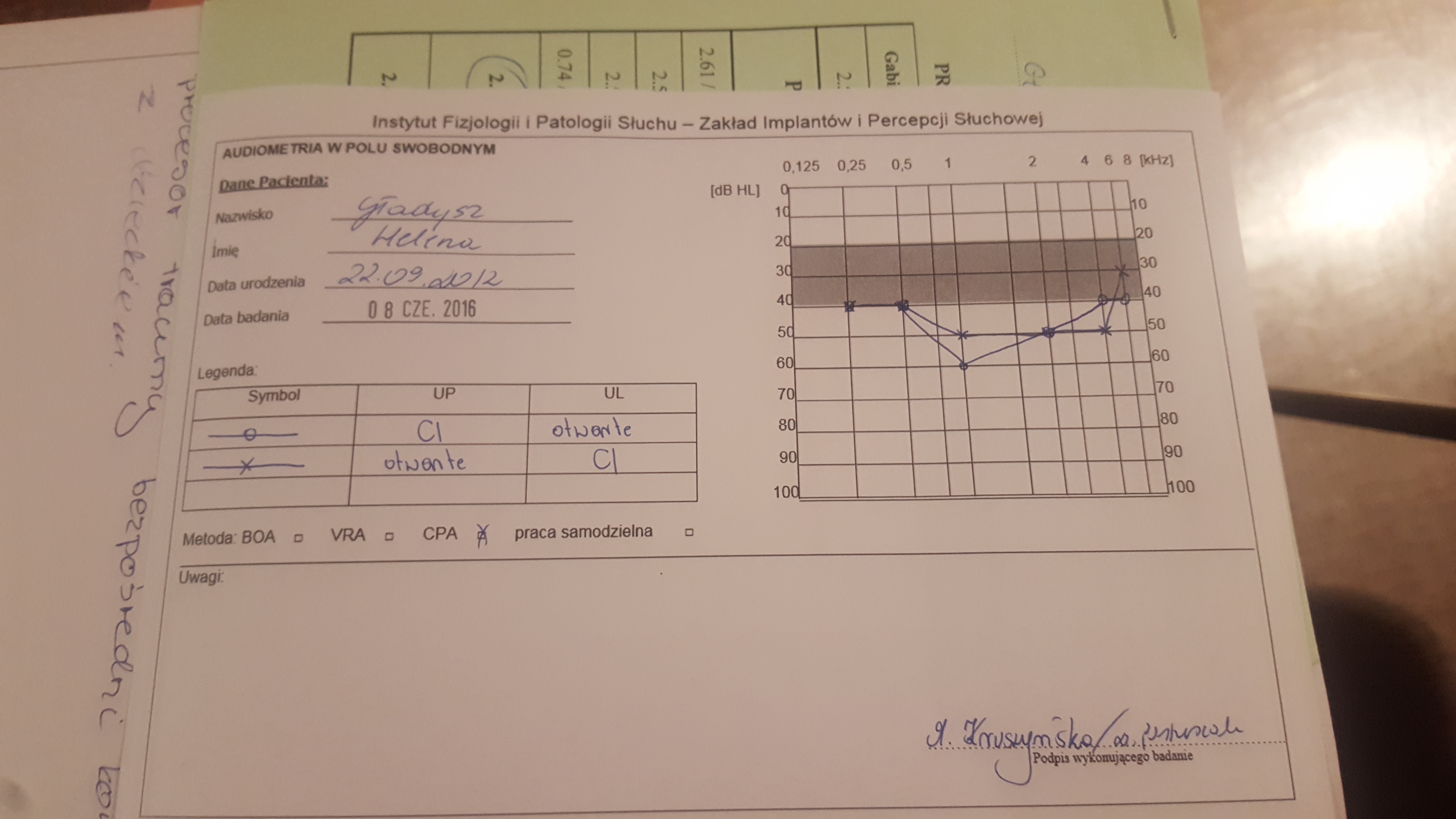