Hela’s had hearing rehabilitation at Kajetany since she was four months old. We’ve systematically attended her classes. I was willing to use the rehabilitation holidays back when Hela didn’t have her implants, but they kept telling me it was too early for her, the child needs to have an implant for some time before going on such trip.  Finally in autumn of 2015 our new surdologopaedist (speech therapist) from Kajetany informed us that in order to join the camp we have to submit an application. I’ve filled and submitted it very quickly. In spring of 2016 I’ve read on an internet forum that they plan a trip for three and four-year olds in April. I’ve contacted our rehabilitant, but she told us we didn’t qualify. I was hoping that maybe next time would be more successful. But a week before the trip I’ve received an information that a spot had become vacant and we can go. I was very happy and started preparing for the travel. 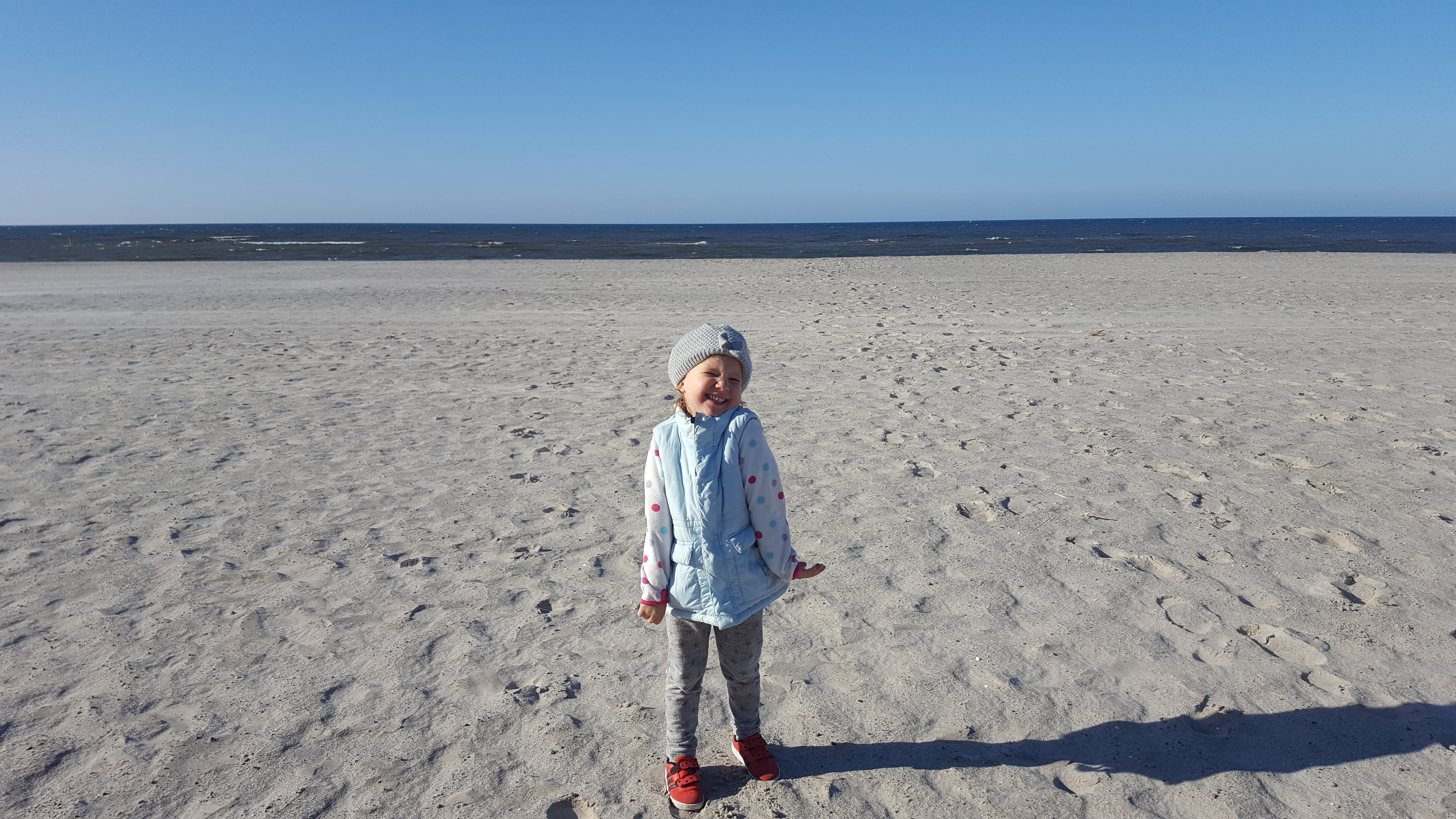 – The camp was free of charge for the child and the legal guardian, only guardian’s meals needed to be paid for (210 zl).
– Three meals a day ( breakfast 8:30, dinner 13:30, supper 18:00)
– Transport to the camp was on my own, at my own expense
– The camp began after late-dinner in the Sunday evening and ended after little less than a week, on Saturday, after the breakfast
– Two-bed rooms (for child + parent), in every one of them a sink and a toilet. There also was a shared shower on the corridor (one per few rooms)
– The rooms were cleaned everyday
– There was an access to a kettle on the corridor
– The rooms were very warm
– There was a free of charge parking lot in the resort
– A nurse was visiting us each day, early in the morning and then after a supper, taking kids’ temperature.

I’ve decided to take a car, it was a first time when I dared to drive so far away all alone, only with a kid. It was about 540 km from home. I was a bit afraid of that, but it turned out the road was very good and time passed very quickly. We arrived at 5 pm, got our room key and soon after there was a supper. The tables at the cafeteria were for four people, so there were two parents and two children sitting at every one. We shared our table with beautiful Hania and her mom, Iwona. Hela had noticed immediately that other kids also had processors which made her very happy. She kept showing me that children have the same ears as she does.

There were twenty children in the camp, every one with a guardian, usually those were mothers, but we’ve had one father as well. The kids’ age ranged from about 2,5 to about 5. All kids had one or two implants, from Med-El or Cochlear. The workforce consisted of three people, two speech therapists from Kajetany and one psychologist from Łeba. Everyday in the evening the schedule for the following day was posted. Classes started everyday at 10 am. Every class was a group session, kids were divided into three groups, based on their capabilities, I believe. There were some integration activities, activities with elements of logarithmic and general activities. Also, parents had two group meetings with psychologist.

The additional task given to us during the camp was to write a diary along with a child, that’s why it’s worth taking some arts accessories before going on such a trip. Those camps reportedly have the same program every year, for a few years now.
The personnel conducted classes in a very professional way, with full dedication. I was hoping for more integration with speech therapists besides the class meetings. Hela loved participating in all activities, very quickly built a good contact with all the staff and awaited every activity with a great impatience.

The first day discouraged me a bit, because all activities took place in two groups and most of the time it was just exchanging greetings and getting to know each other better. There were simply too many people in rooms, which was causing a lot of disorder, thankfully the following days were much better. The biggest advantage of the trip was that Hela’s had contact with her implanted peers. For me, a parent,  this was a great opportunity to “connect” with moms like me, who’ve gone through the same thing, so we could understand each other fully in this matter. An exchange of  experiences, talking about what bothers us, observing other families and kids with the same problems, all this gives a lot of positive energy.

I would’ve increased number of parent group sessions with psychologist. I believe that our children are happier when we are, if we accept them for who they are and sort it out in our heads. Such group meetings surely would “contribute” to every rehabilitation.   Hela was delighted with the camp, didn’t want to return. I think she took full advantage of the trip. I’ve already applied for the next camp and I hope that after some time we would be able to go there again.